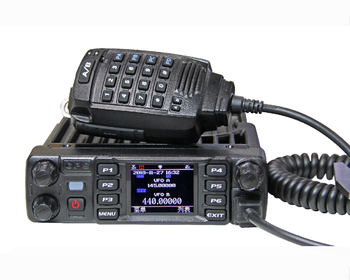 The Antone AT-D578UV-pro is a true TWIN band radio for digital DMR radio systems, compatible with MOTOTRBO Tier 1 and 2. Traditional FM is of course equally supported. In contrast to many other DMR radios, the AT-D578UV offers real VFO operations, which makes it much more suitable for amateur radio. Here you can adjust the frequency and other parameters as you are used from traditional radios, instead of just using pre-programmed memories. Of course, the AT-D578UV offers these memories as well, quite a lot: 4000 to be precise. But you are not limited to those memory channels. Another difference to other DMR radios is the possibility to modify most (unfortunately not all) parameters of the transceiver. This is useful because you do not need to hook up a computer for each minute change in the settings. Nevertheless, to access and modify really all settings you still need the CPS programming software and a PC.

Nuovo The AT-D58UV is not just a "D878UV handheld radio with more power" in a mobile case. Besides the well-known functions like APRS in FM (tx wise) and digital roaming and the new Bluetooth option, the AT-D578UV-Plus now offers the possibility to receive a DMR and an analog channel at the same time - a true twin bander. Of course, you can receive two analog channels simultaneously as well. For easy setting, each of the two bands has its own volume control, which is assigned to one VFO each.

The further feature set of the D578UV is very extensive. Up to 4000 different channels can be stored (digital and analog, the mixed operation also possible); 10000 talk groups can be configured and the memory holds up to 200,000 digital contacts. Thus the complete worldwide DMR user database can be stored in the device. In analog mode, functions such as DTMF, CTCSS, and DCS are supported as well as coding with two-tone and 5-tone signals. A tone burst of 1750 Hz is also available. A total of 10 buttons on the radio and microphone can be individually assigned functions, allowing users to set their own personal preferences. The brightness of the 1.77" color display and the backlit keys on the unit and microphone can be adjusted in several stages. This guarantees ideal readability even in sunlight and glare-free operation while driving in the dark.

The roaming function of the AT-D578UV-Pro is independent of the position of the device. When roaming, the system checks whether a repeater is reachable from a predefined list and automatically sets it if necessary. The trigger for roaming can be a manual start or the information that the set repeater is not (no longer) reachable. The roaming channels can be divided into zones, similar to the conventional channels, which correspond for example to geographical regions.

Another feature to highlight is the possibility of storing several DMR IDs. So it would be conceivable to use the device both in a professional company radio environment and later with a different ID in amateur radio. Or several family members share a device. The Anytone AT-D578UV is equipped with a GPS receiver, the position data can be transmitted by radio (DMR-APRS and FM-APRS). The device also has a connector for an external GPS antenna. The AT-D578UV is a TWINband device for 2m (VHF) and 70cm (UHF), on both bands you can work either analog in FM or digital in DMR. A WFM receiver for the FM radio band is also available. The antenna connection is a PL socket. The programming cable (USB/Micro-USB) is included in the scope of delivery; the latest programming software and firmware are available free of charge at  www.anytone.de  or on the manufacturer's website.

Features of the Anytone AT-D578UV-Pro,

Up to five DMR IDs programmable,

Display of ID (Callsign), location, and country of QSO partner,

Nuovo Many APRS parameters settable on radio, without a computer,

Recording and playback of the received signal (DMR only),

Nuovo Roaming (selection of reachable repeater from a pre-programmed list), 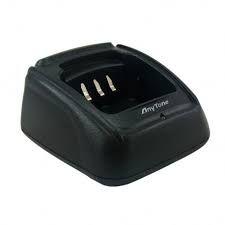 AnyTone AT-779U 70cm Micro Mobile Transceiver, Brand new on to the market, this new Micro-sized 70cm mobile is so small you won’t believe how tiny it ...
£89.95
View details 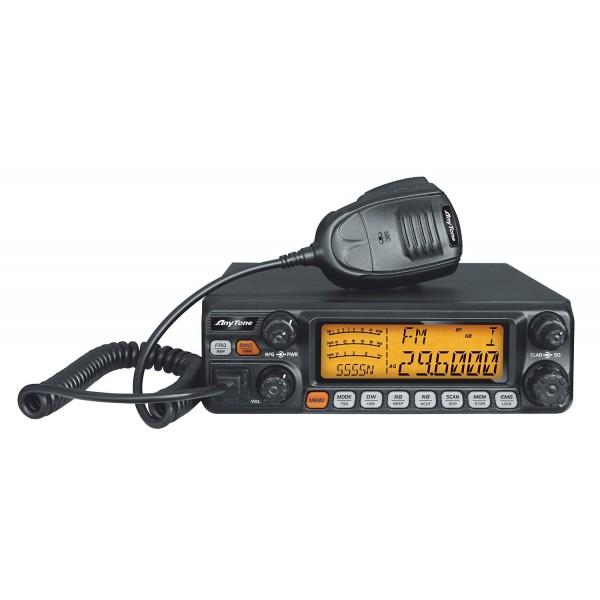 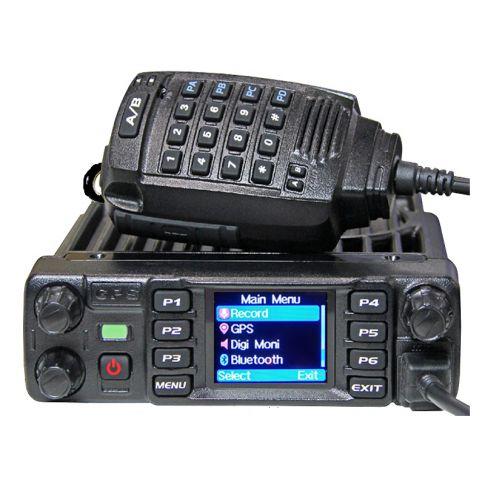 The new Anytone will come in various models but we only offer the D578UVPRO at this time as all modules are factory fitSpecifications, Frequency Range...
£349.99
View details
New 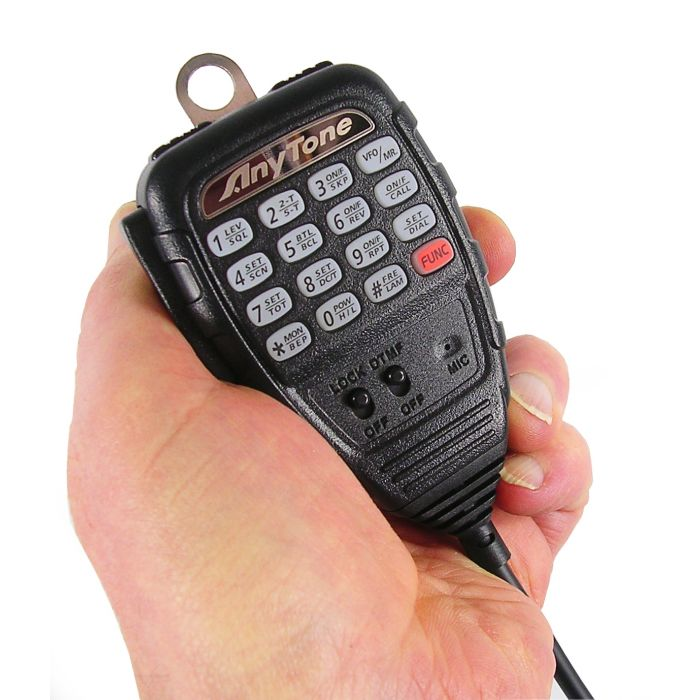 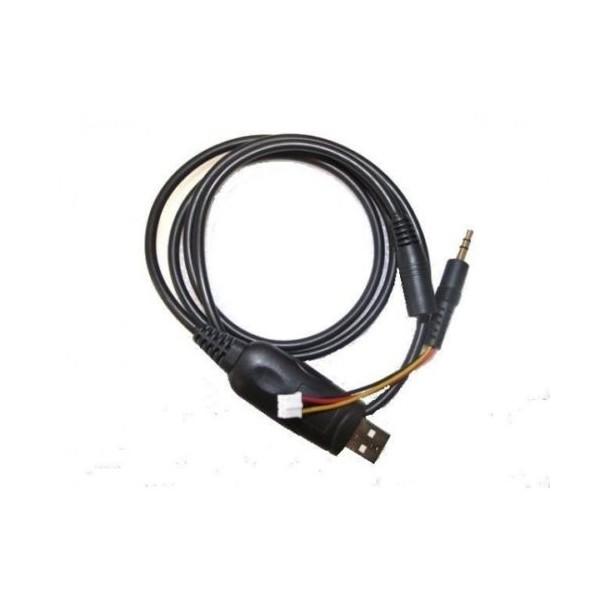 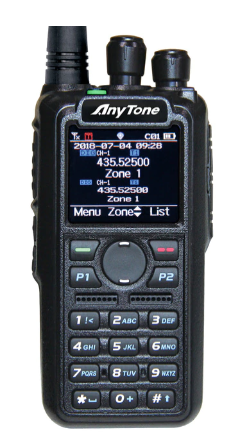 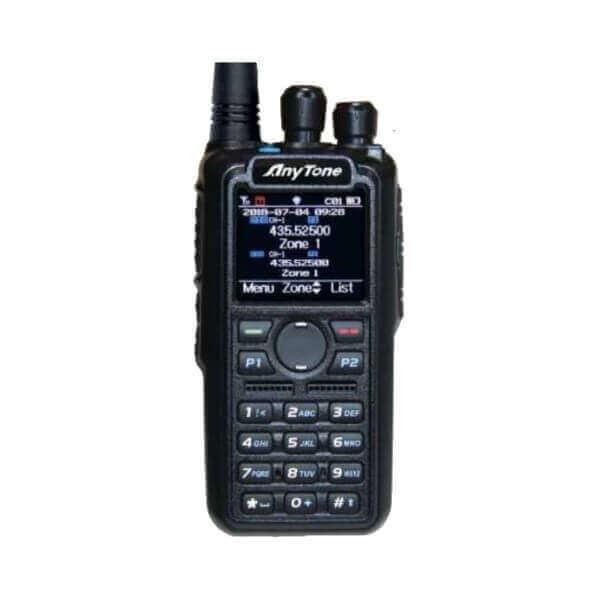 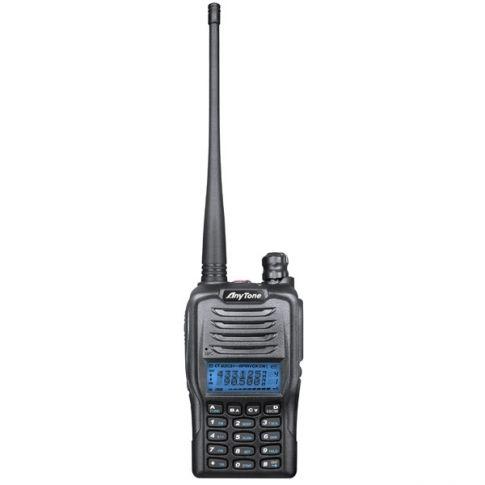 The Anytone AT588/66-88MHz-70MHz version of this fully featured, classic little FM transceiver with plenty of power (50w) available on the popular and...
£149.99
View details 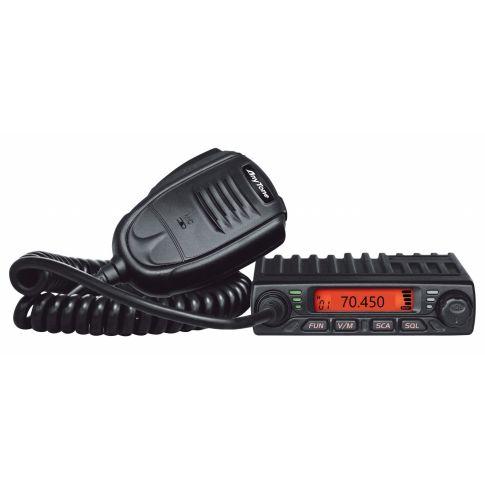 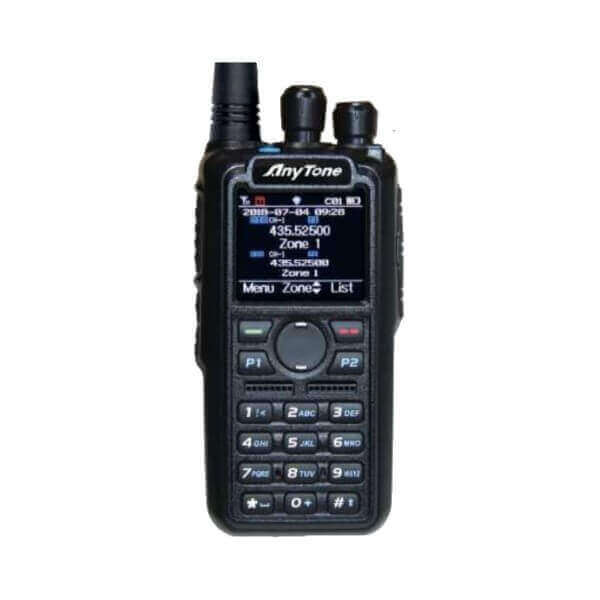 Anytone AT-D878UV Digital DMR Dual Band Handheld Transceiver, The AnyTone D878UV radio is a VHF and UHF radio with both Digital DMR (Tier I and II) an...
£199.96
View details 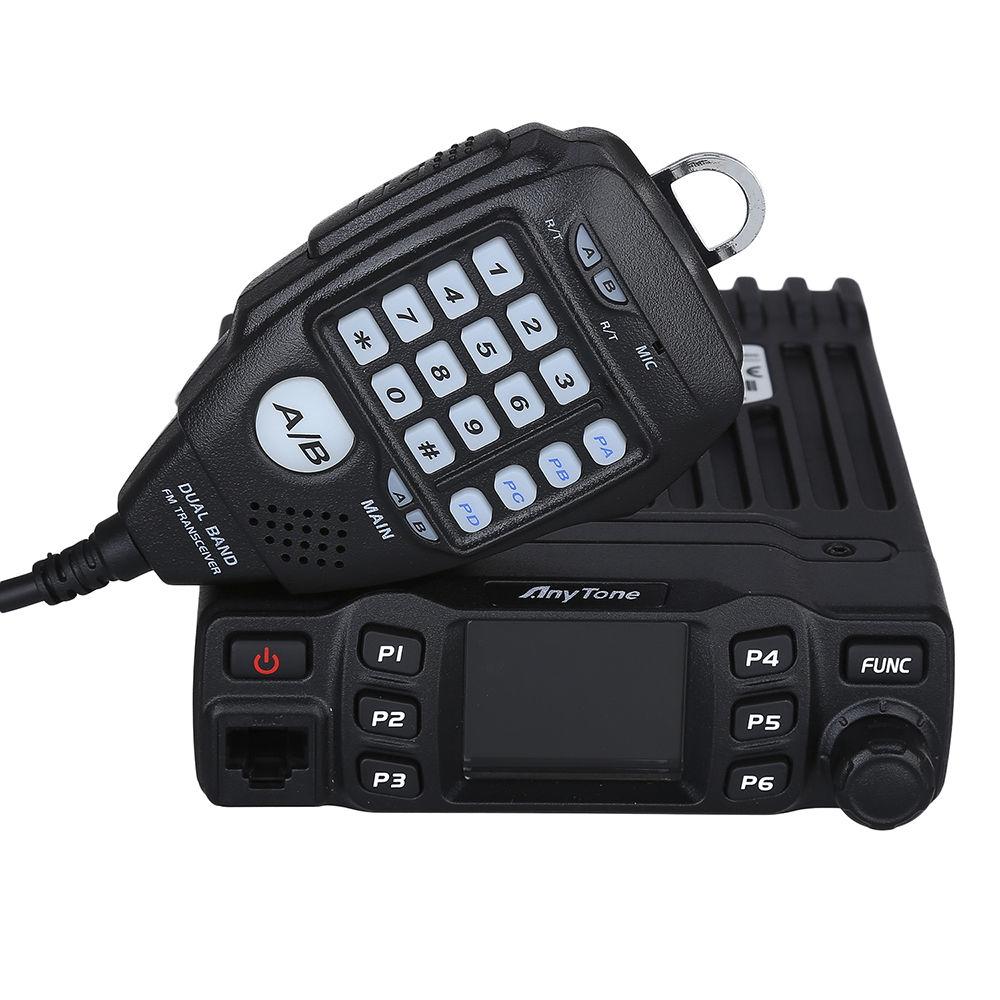