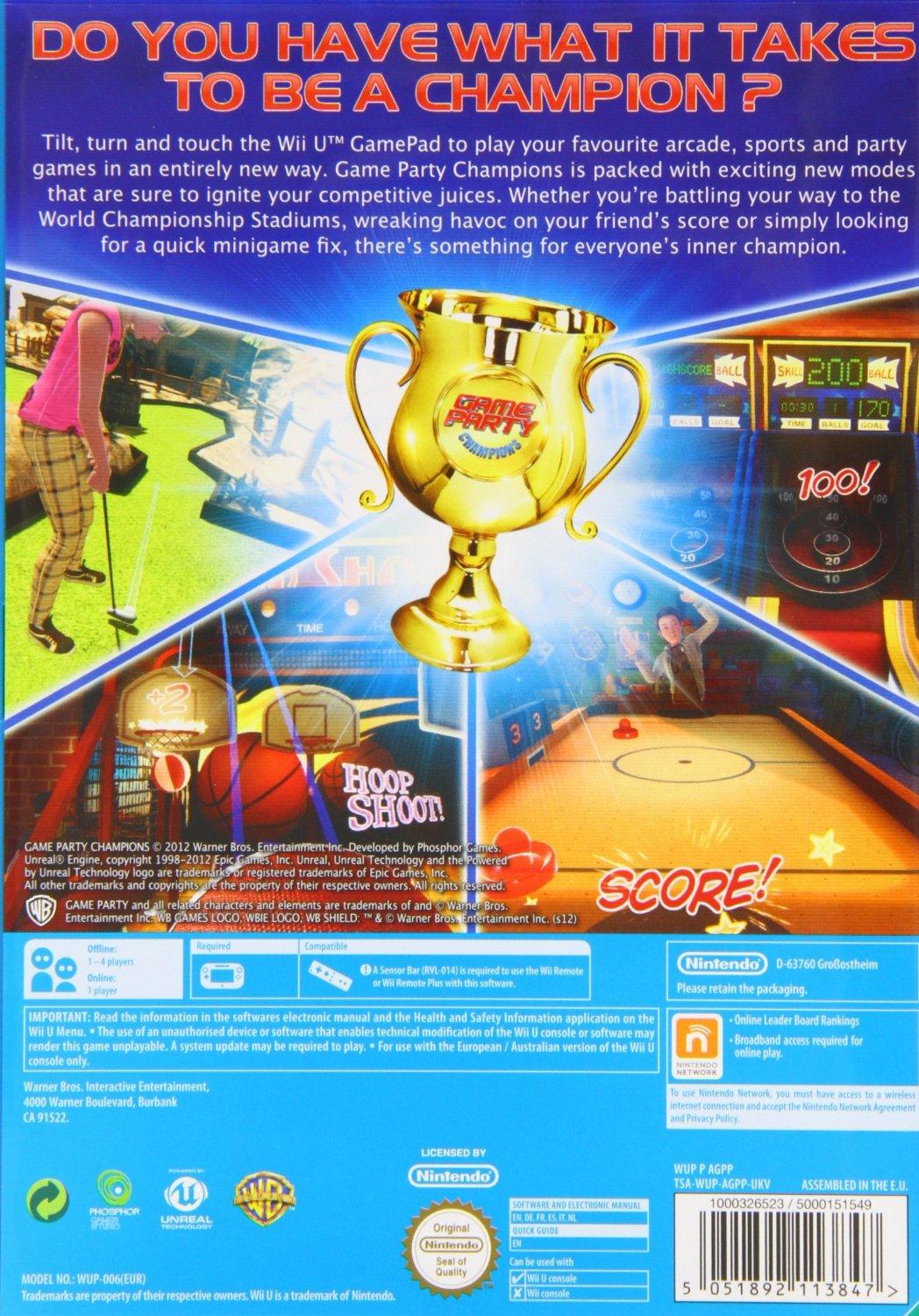 Game Party Champions on Wii U.

Fun for the Whole Family.

Phineas and Ferb: Quest For Cool Stuff Wii U

Phineas and Ferb: Quest For Cool Stuff Wii U

There’s a whole lot of stuff to do during the last week of summer vacation and Phineas and Ferb want to do it all! Join these charismatic brothers of ...
£29.99
View details

Penguins of Madagascar Wii U

Penguins of Madagascar Wii U

How To Train Your Dragon 2 Wii U

How To Train Your Dragon 2 Wii U

Become the ultimate Dragon Racer! Return to the epic Island of Berk, where The Dragon Races have become the awesome new sport for Viking adrenaline ju...
£25.99
View details