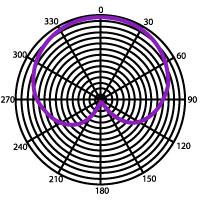 The Fin microphone from Heil Sound Ltd. was featured prominently in the ad campaign for the 2012 smash hit movie ‘The Hunger Games’, (as well as the sequel ‘Catching Fire’), for its amazing looks. The Fin combines that “vintage mic look”, with a blend of futuristic, and TIMELESS, all in one shiny microphone. However, The Fin is a professional microphone with all the qualities you could ask for in a dynamic cardioid microphone, it just happens to be one of the coolest looking mics you’ve ever seen.

Best-in-class, smooth, flat response from the shock mounted, large, low mass diaphragm element driven by a powerful magnet, will reward you with rich sound throughout its broad frequency range. The Fin is great in the studio, or live, and it particularly exhibits excellent upper Mids.

The Fin has a beautifully sculpted body that is double-chromed in a three-stage plating process. Horizontal fins accent its soft angular profile. As an added bonus, The Fin glows via the four L.E.D. lights inside, which can be turned on and off from via the phantom power from the mixing board. This can make for a dramatic effect, or create that “certain vibe” to enhance your next performance. Check it out…The Fin microphone from Heil is turning heads…A lot of heads! The Fin is stocked in chrome and matte black bodies. Each version has either red, white or blue foam color/LEDs. The foam color and LEDs can also be changed to green or yellow by custom order. See our custom shop for details.

With The Fin microphone you get a premium aluminum carrying case. 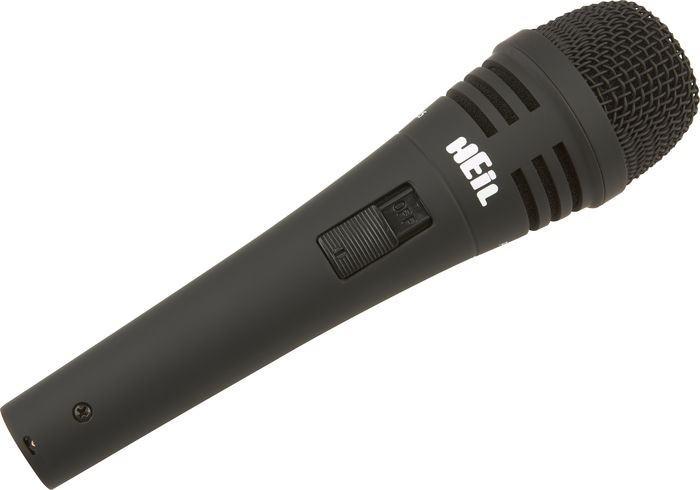 The PR-35 is the same as the PR-35 but has an added Mute Switch has been designed for commercial broadcast, recording and live sound reinforcement app...
£309.95
View details

The Heil 31 BW microphone is the answer to those who use the PR 30 for cymbals &amp; toms, but need it to fit in tight spots. Through a collaboration ...
£299.95
View details

The Heil PR-40 represents completely new dynamic microphone technology designed for a wide range of professional applications such as sophisticated re...
£289.96
View details

The HM-PRO Heil Handi Mic with BC quality element Compatible with most of the accessories for larger mics including the CH-1 curly lead for 4-pin XLR ...
£114.95
View details

Heil HMM Hand Microphone, The newly designed HMM brings new technology to the hand microphone. No question when you place a microphone element inside ...
£84.95
View details 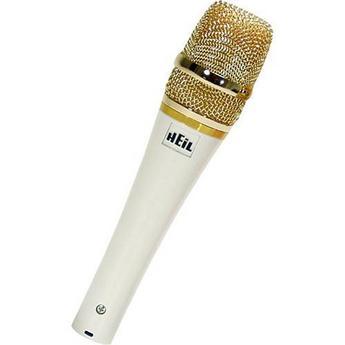 The Heil PR 22 in white represents completelydynamic microphone technology designed for a wide range of professional applications such as live sound, ...
£199.94
View details

Heil ICM Stick Microphone for Icom Rigs Only, The iCM is a high-performance microphone that was specially designed for owners of Icom radios. This hig...
£129.95
View details 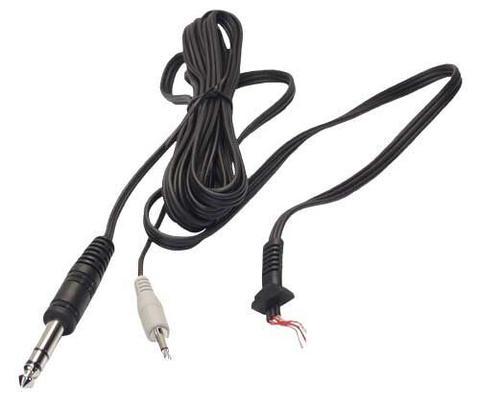 Mounting bracket for Heil PR-28 drum microphones. The bracket has a built-in rubber shock absorber that grips the rim of the tom or snare drum.
£49.96
View details

The Heil PR 35 microphone with its matte black rubberized finish looks like it means business…and it does. The PR 35 is built with the specifications ...
£279.95
View details 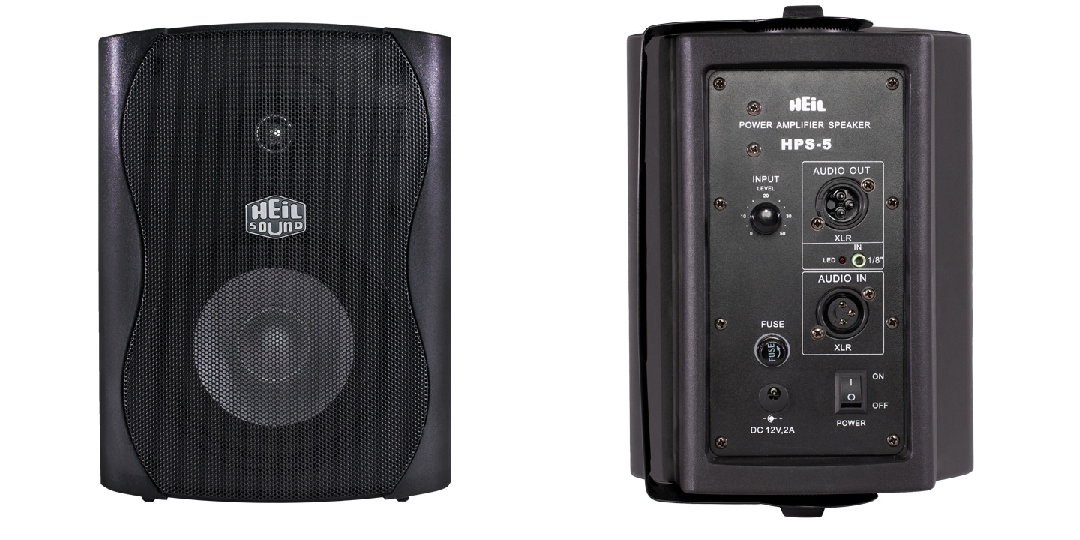 The PRSM Shock Mount is a flexible support system that helps suppress low-frequency rumble on the microphone line by absorbing and damping vibrations ...
£114.90
View details 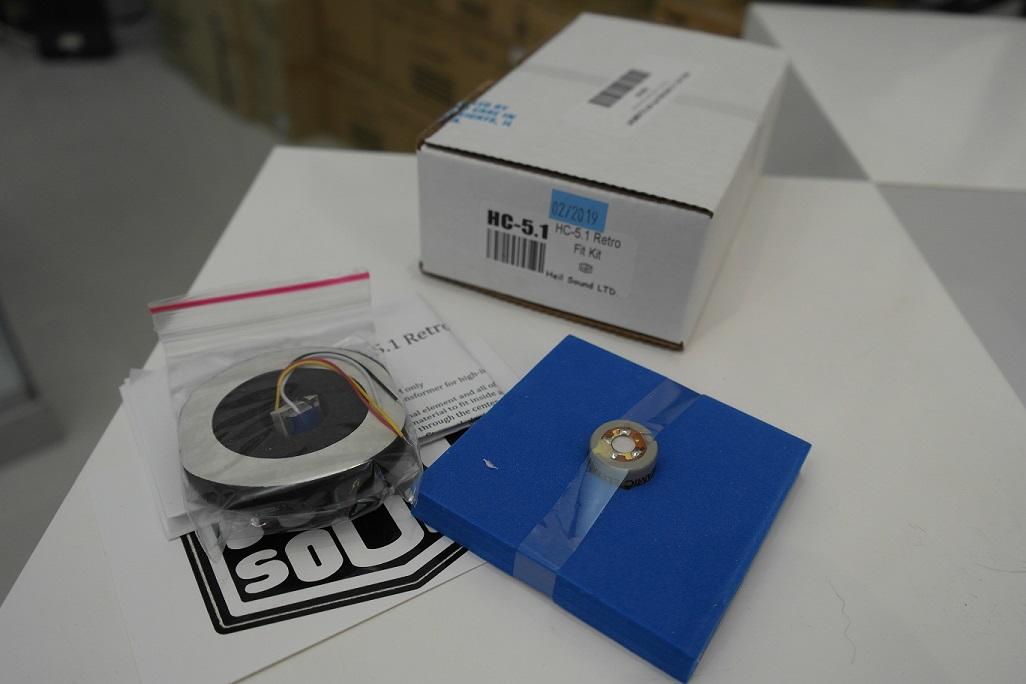 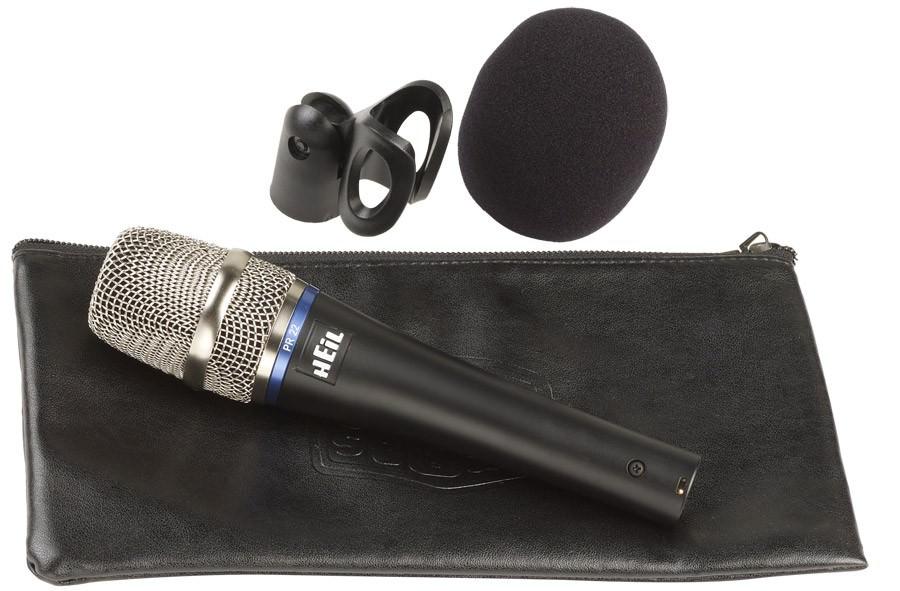 The HEIL PR-22UT (Utility) is the award winning dynamic PR-22 microphone. To help reduce the cost we have pared down the packaging options. The PR-22U...
£130.00
View details

The HEIL PR 30 microphone steps up the professional audio game by adding a hum bucking coil in addition to the shock-mounted large diaphragm to virtua...
£249.95
View details
New