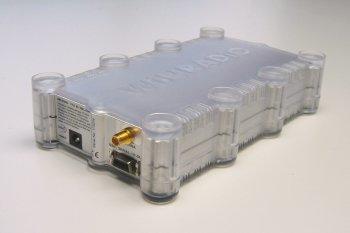 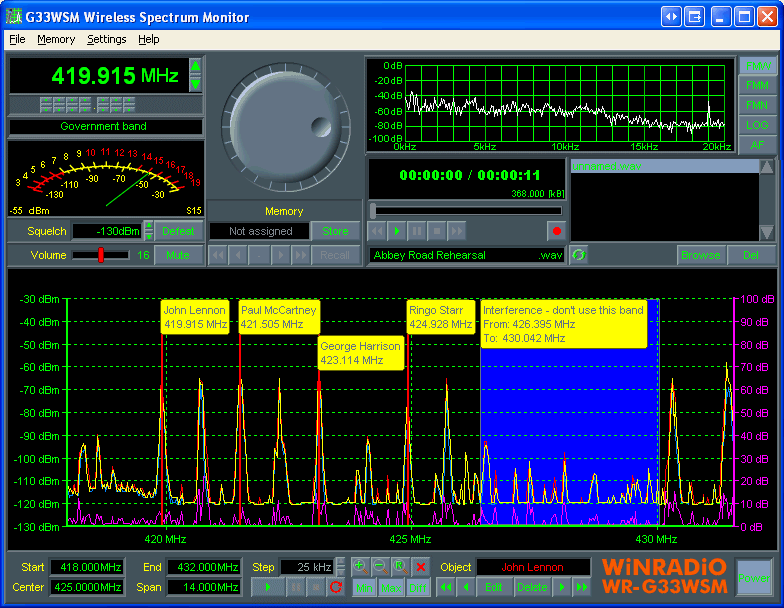 The WR-G33WSM Receiver for Audio Engineering and Telemetry Applications,General-purpose WiNRADiO receivers have been used in a wide range of interesting applications. Two of such applications include telemetry and sound engineering. Both applications revolve around establishing and checking available communication channels for transmitting devices, such as wireless microphones or remote data loggers.With the WR-G33WSM model, WiNRADiO introduces a high-performance low-cost receiver and spectrum analyzer specially developed for sound engineers and performers who work with wireless microphones and other wireless audio devices, and telemetry engineering applications.The receiver contains a number of specialist features tailored to spectrum management in audio and telemetry engineering. Its wide frequency range covers all standard wireless microphone and other VHF/UHF frequencies used in stage production and data telemetry, including the FM broadcast band and point-to-point communications.

Highly sensitive, easy to interface with standard laptops and PCs and optimized to work with short VHF/UHF antennas, the receiver is also simple to install and intuitive to use.

FM demodulator suited for all types of wireless microphones

Antenna and base included

Its fast scanning facilities make it possible to map the radio spectrum environment of a particular location, quickly determine available frequencies and allocate wireless microphones or telemetry devices to the available channels. The entire spectrum environment of each location can be saved and recalled later, to save time during the next visit.

Each trasmitter signal peak is clearly visible in the scanned spectrum, and can be marked with a user-defined description. All this information, too, can be saved.

The receiver comes in a small enclosure which connects to an IBM-compatible PC (desktop or laptop) via the supplied USB cable. An external antenna connects to the receiver.

There are many advantages to this approach, especially the flexibility of demodulation modes - new modes can be added easily by simply upgrading software.

The G33WSM also performs better than a comparable conventional receiver, thanks to advanced signal processing techniques which make it possible to implement sharper selectivity filters, and more accurate demodulators and decoders than conventional hardware. The performance of a Software Defined Radio receiver is also more consistent, stable and reliable because component tolerances and aging do not play such an important role as in a conventional receiver.

And finally, the G33WSM receiver offers far more features and facilities than a conventional receiver. For example, the real-time spectrum analyzer with both linear and logarithmic scale, variable IF (intermediate frequency) filter and audio recording are some of the many features which were previously unavailable on a conventional VHF/UHF receiver, in particular at such an affordable price level. 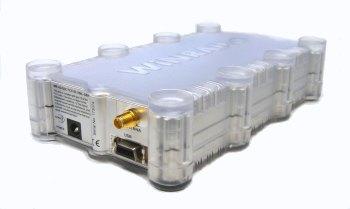 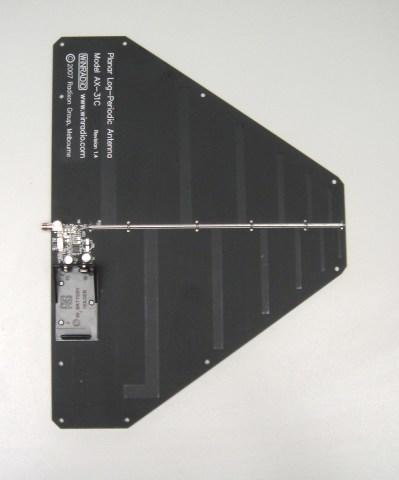 The AX-31C antenna is a compact VHF/UHF log-periodic directional antenna, a successor to the popular AX-31B antenna, with improved performance and red...
£184.75
View details 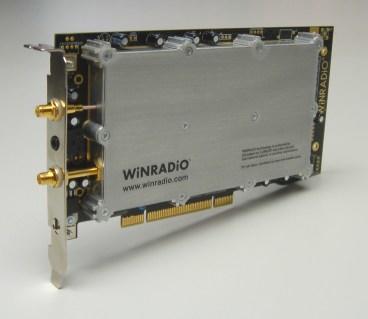 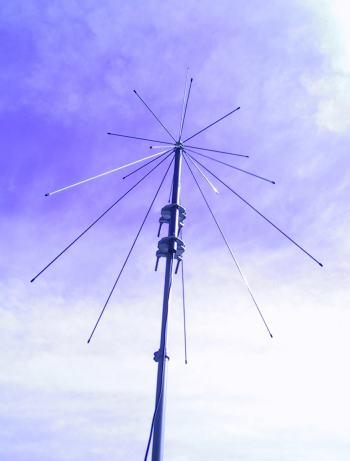 The AX-71C antenna is a compact VHF/UHF omni-directional receiving and transmitting antenna for professional and consumer surveillance and monitoring ...
£92.35
View details 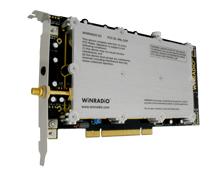 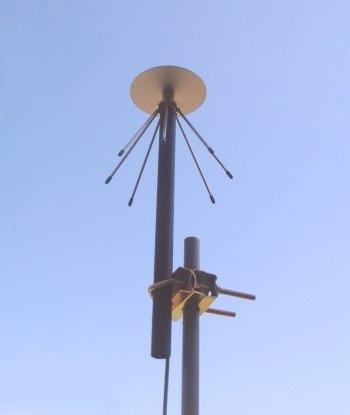 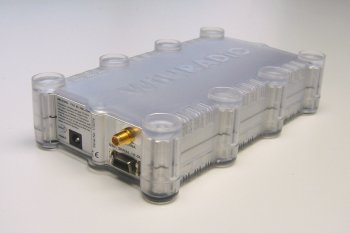 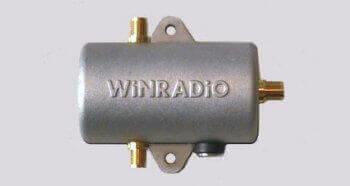 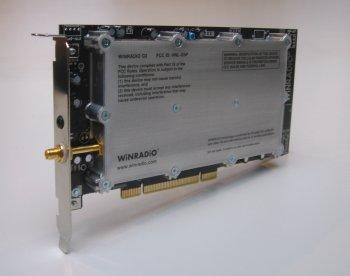 The AX-31B antenna is a compact VHF/UHF directional antenna with an in-built amplifier, which provides a low-cost alternative to conventional VHF/UHF ...
£119.86
View details 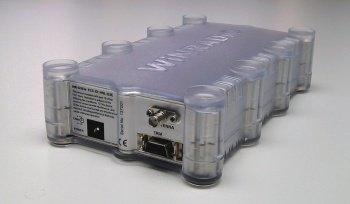 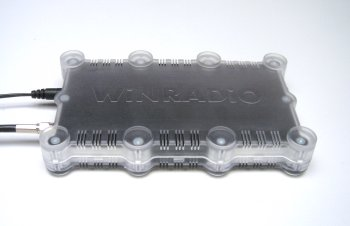 The AX-17C is a miniature indoor active HF antenna suited for applications where it is not possible to use conventional large outdoor antennas, and wh...
£189.95
View details