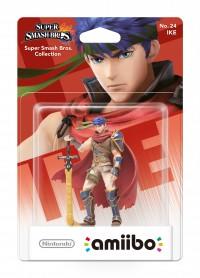 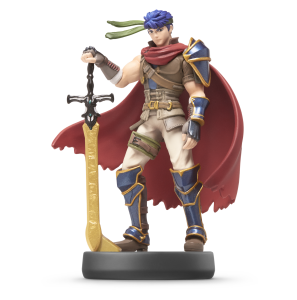 Touch, watch and connect to your games. Discover amiibo, a brand new way to interact with your favourite Nintendo characters and games. If you touch your Wii U GamePad’s NFC touch point with the figure while playing certain games, data on the chip will be transferred into the game and used in a range of ways. As you play, your figure’s data will also be updated, so keep playing to make your amiibo unique!

The third wave of characters available will be Bowser, Ike, Lucario, Sheik, Rosalina and Toon Link.

amiibo can interact with compatible games when players touch them to the Wii U GamePad controller, reading character data into games and saving data to the figure.

Different compatible games will use amiibo in different ways. Super Smash Bros. for Wii U will be the first game to use amiibo. Games like Mario Kart 8, Mario Party 10, Captain Toad: Treasure Tracker and Yoshi’s Woolly World are also planned to support amiibo.

In Super Smash Bros., players can battle alongside or against their amiibo characters, levelling them up in the process. They can then bring them to a friend who has a Wii U and the game to show off how they’ve trained and customised their characters.

See your amiibo battle and watch it grow: In Super Smash Bros. for Wii U you can transfer the data from your amiibo so it can appear in the game and fight for you. As your amiibo fights, it will develop its own unique attributes and skills, becoming stronger and learning new moves. You can even add your own twist to combat by customising special moves!

As well as working with Wii U, amiibo can also be used with Nintendo 3DS and 2DS via an accessory. 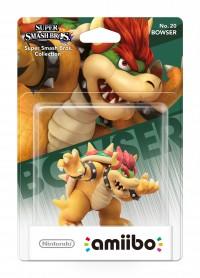 Touch, watch and connect to your games. Discover amiibo, a brand new way to interact with your favourite Nintendo characters and games. If you touch y...
£14.99
View details